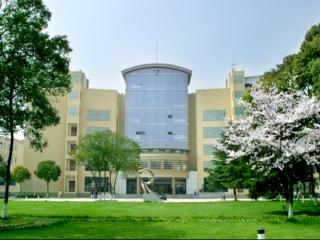 . Jiangsu University of Science and Technology is mainly located in the scenic and historic city of Zhenjiang, Jiangsu province.

It is an engineering-oriented university with a competitive edge in three disciplines: shipbuilding, marine engineering and sericulture study. With its excellence at cultivating engineers, it is credited as being one of the best institutions by the Ministry of Education. With diligence, virtues, experience, and practice as its motto, and the Belt and Road Initiative as its mission, JUST is dedicated to the well-being of Chinese society and world development.

JUST has a faculty body of 1,320 faculty members, of which 190 are professors, 630 associate professors, 2 members of the Chinese Academy of Engineering (CAE), 1 a distinguished chair professor, 2 young talents from the “Thousand Talent Program”, and more than 140 top-notch professors, innovators and leaders on both the provincial and national level.

The faculty greatly values the combination of research in three key scientific fields: naval architecture, marine engineering and sericulture studies, along with the cultivation of talented engineers with a keen sense of innovation for selected industries both at home and abroad.

For the achievement of graduating more than 140,000 talented students, it has earned the title of the “Cradle of Chinese Shipbuilding Engineers”. 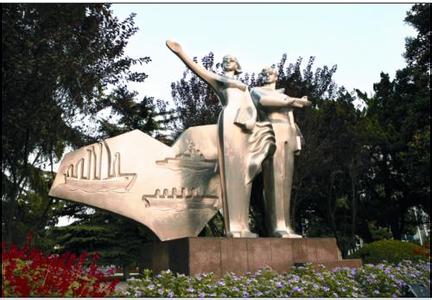 1.    JUST was granted funds for 2 research projects from the national key research program by the Ministry of Science and Technology.

2.    JUST was granted funds for 1 research project for high technology in shipbuilding by the Ministry of Industry and Information.

3.    JUST got the first prize for accomplishment in a tertiary education research program by the Ministry of Education.

4.    JUST was awarded the first prize for science and technology in Jiangsu province.

5.    JUST was awarded the prize for its contribution to programs on discoveries in science twice.

6.    17 research programs on sericulture were approved and awarded honors.

7.    In July 2014, JUST had the privilege of providing self-cultivated mulberry seeds as gifts in President Xi Jinping’s visit to Cuba.

8.    JUST has been awarded many honorary titles for its safe, garden-like environment; its civilized, harmonious atmosphere; as well as achievements in generating capable, patriotic and innovative young minds.

Partnerships in home and abroad‍

JUST has established stable, comprehensive cooperation with partners from many institutions, government sectors, and enterprises in China.

With the aim of becoming more globally involved, JUST has launched various scientific and educational cooperative programs with its partners from many countries and regions, turning its campuses into increasingly diversified communities. With its College of Overseas Education, JUST has established ties in scientific research and education with Russia, Ukraine, the USA, the UK, France, Australia, India, Japan, and others. Cooperation activities range from joint education programs and faculty exchanges to joint research projects. A more open JUST is embracing the world.

During its long historic course of development, JUST has contributed greatly to the Chinese shipbuilding industry and modernization of national defense. The core values of JUST have been developed and refined to capture its true essence, which is today embodied by the traditions of generosity, patriotism, and ambition. Our guidelines for the new era are pursuing truth and excellence, cultivating talent, academic prosperity, and serving our country and society. JUST is today striving to establish itself as a first-class university in the field of shipbuilding.